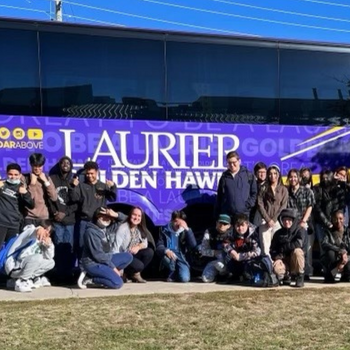 While most Grade 9 students are still settling into high school life, a group of students from North York temporarily fast-tracked to university.

On Oct. 3, 40 Grade 9 students from James Cardinal McGuigan Secondary School spent the day at Wilfrid Laurier University’s Waterloo campus for a hands-on university experience organized by the Office of Student Affairs. The experience, which included a campus tour, mock lectures and presentations from academic and student support staff, aimed to inspire students to see themselves pursuing higher education.

“We have an obligation to light a fire of hope and optimism in the hearts of students as young as possible.” 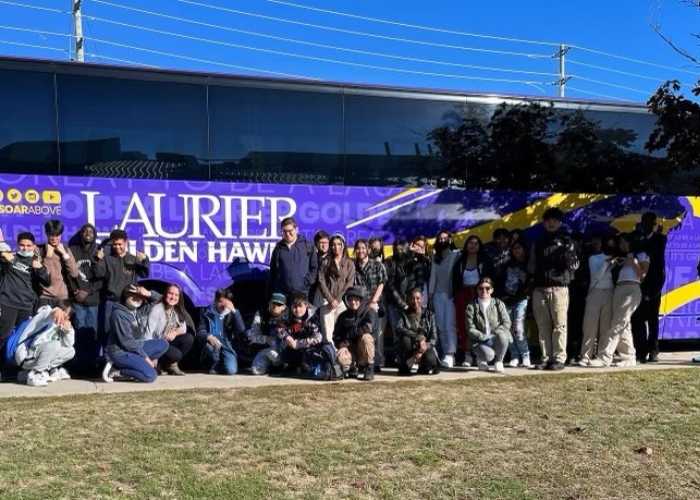 “We have an obligation to light a fire of hope and optimism in the hearts of students as young as possible,” says Ivan Joseph, vice-president of student affairs at Laurier. “Not everyone understands the systemic barriers facing kids in priority areas like Jane and Finch. I know because I’ve been where they are. I know how important it is for them to have a vision of what’s possible.”

Joseph arrived in the Jane-Finch community from Guyana at the age of five. Growing up, he says he often felt like an outsider and had no clear sense of options or possibilities for his future. Joseph shared his experiences – and the role that postsecondary education played in his success – with students during a one-hour presentation. Students nodded and raised their hands as they identified with him as a role model who understands their feelings and experiences.

“Not everyone understands the systemic barriers facing kids in priority areas like Jane and Finch. I know because I’ve been where they are."

“We want to instill the idea that no matter where you are from, you have possibilities,” says James Cardinal McGuigan Secondary School teacher Lori Anne Spada. “This is a big deal for students to come here today.”

To coordinate the Laurier visit, Joseph and Spada partnered with Toronto Police Service Const. Melody Carroll, a community outreach officer in the Jane-Finch area and former colleague of Joseph’s during his time at Graceland University in Iowa. All three leaders agreed that providing students with pathway opportunities to experience postsecondary education early in their high school experience – and even before – can dramatically improve their likelihood of pursuing higher education.

“University leaders often talk about equity of opportunity and breaking down barriers, but what are we doing?” says Joseph. “We must take action. We need to be creative, find partners and make these opportunities happen.

“The sooner we can get students here, the sooner they can visualize themselves in this setting. That gets them thinking about course choices and planning their pathway here.”

Grade 9 student Lyden, who wants to pursue a career in information technology, found the experience at Laurier “mesmerizing.” His classmate Fayanne also enjoyed the experience.

“I’m astonished by what I’ve seen here today,” says Fayanne. “It’s so much more than what I thought.”